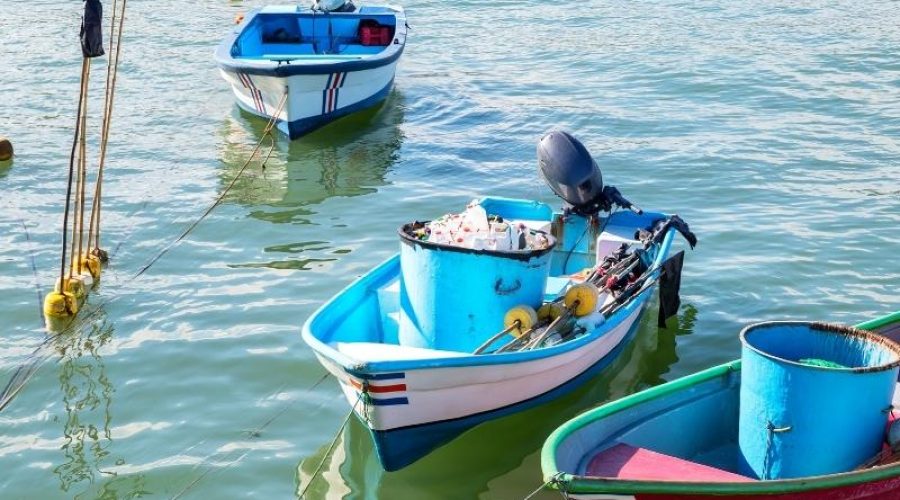 Guide to Fishing in Costa Rica

Costa Rica leads the world in green ecotourism, with its breathtaking scenery and tropical climate it’s no wonder people fall in love with this nation. For anglers, Costa Rica has long been a destination worth dreaming about. From freshwater fishing on massive lakes and waterways to targeting some of the fastest, largest marine fishes on the planet, Costa Rica has opportunities for anglers of all skill levels and all passions. Below we will take you through species, techniques, seasons, and whether fishing can be sustainable or not? Let’s read on and discover the boundless world of fishing in Costa Rica.

The Most Popular Types of Fish in Costa Rica

Roosterfish are found in nearshore waters of the eastern pacific ranging from Baja to Peru, as such Costa Rica is smack dab in the middle of their range. These fish get their name from the unique seven-spined dorsal fin that gives the appearance of a rooster. These predators are aggressive feeders taking live bait, trolling lures, and flies. They can be taken from the beaches and river mouths as well as nearshore sandbars.

Roosterfish are considered trophy fish for anglers and in Costa Rica are required to be released. These fish are magnificent fighters capable of drag singing runs when hooked, the only thing more exciting than the fight may be seeing that iconic comb chasing down your lure in the clear waters of a sandy beach. Most fish are found around 20 lbs but the current world record is 114 lbs. With most anglers releasing fish there may yet be a bigger one swimming around.

Three species of marlin can be caught regularly in the deep blue waters off Costa Rica’s Pacific coast. The most prevalent is the blue marlin. The blue marlin is world-renowned for its tenacity and leaps when hooked, capable of speeds up to 60 miles an hour these speed demons are commonly found around 500 lbs, giants up to 1000 lbs are caught but these leviathans didn’t grow to that size by being pushovers.

Black marlins while less common than blues are even larger with the world record tipping the scales at 1560 lbs! These fish are only found in the waters of the Pacific and Indian ocean making a chance to catch one even more sought after than the world ranging blue.

The striped marlin is the smallest pacific marlin topping out the record books at 440 pounds. Its weight is only one measure of this gorgeous fish. Acrobatic and blistering fast these little marlins are a worthy catch for any angler. Internationally billfish like marlin and their sailfish cousins are handled with care and need to be released alive.

Specifically, yellowfin tuna is a big game angler’s dream. While most yellowfins run around 40 lbs large fish in the 100-200 lbs range can be encountered during certain months depending on where on the Pacific coast you are fishing. Yellowfins are aggressive predators that hunt and travel in large schools in offshore waters. The most common method of catching tunas is trolling at speed with rigged ballyhoo and lures like chrome jets and chugging lures. Dropping cut or live baits into feeding schools of yellowfin can also be a heart-pounding tactic. When tuna are feeding or “blitzing” they create a cloud of turbulent water that can be acres in size of jumping tuna, panicked baitfish, and diving birds. An angler getting to witness a blitz of tuna will have a story to tell for years to come. Yellowfin is a highly regarded table fare, if you choose to keep one you are in for delicious boat fresh sashimi.

Tarpon is one of the most sought-after marine sport fishes in the Americas. Tarpon can live in fresh or saltwater, primarily living in the shallow waters near the coast. These armor-clad predators have large eyes that make them wary and particular about the bait or lure presented to them. Juvenile tarpon average 5-50 lbs and offer acrobatic performances when hooked. Larger adult tarpon can grow to 200 lbs and are capable of launching clear out of the water. To land any tarpon is considered a treat, to land a 100 plus pound fish on a fly is the goal fly fishermen dream of as they save their pennies to travel to Costa Rica.

What can you catch during deep sea fishing?

Deep sea fishing in Costa Rica can be as varied in approach as the species that you target. Trolling (see in the above photo) has long been considered one of the classic methods of sportfishing. Trolling blue water for predators like tuna, marlin, and wahoo is always exciting. With Costa Rica’s fast access to the deep waters of the Pacific Ocean, anglers can enjoy big game fishing from much smaller boats if they want. The variation in watercraft means anglers of all budgets and levels of enthusiasm from multi-day trips on cabin cruisers to half-day trips on pangas (pangas are smaller outboard motor-powered fishing boats popular with South and Central American fisherman).

If blue water trolling is not what you are after then perhaps fishing the reefs and ledges for a mixed bag of grouper, snapper, and other jaw-dropping reef fish. While reef or bottom fishing is less targeted than trolling it often provides non-stop action from kid-friendly grunts and snapper to hard fighting grouper and amberjack. An angler who ties into amberjack will soon realize why they have the nickname “reef donkey”. These brutes use every ounce of muscle they have to best you and your fishing gear.

What can you catch during freshwater fishing?

While not as well known for its freshwater sportfish, Costa Rica offers world-class freshwater fishing. From the massive Lake Arenal to the mangrove rivers of either coast a laundry list of fish can be found. In the lakes of Costa Rica, several species of cichlids can be caught. The most sought-after is the rainbow bass, known locally as guapote. Guapote is Spanish for “handsome one”, and with its iridescent blues and purples, it’s a fitting name for the feisty ambush predator. Guapote is only found in the regions of Costa Rica and Nicaragua so catch and release is preferred.

For those who are drifting the jungle rivers and mangrove swamps both snook and tarpon can be caught there. Snook and tarpon give memorable fights on light tackle and fly fishing gear, not unlike their northern cousins in the everglades these fish can be sight fished and will use their acrobatics to free themselves from the hook.

Can you do fly-fishing in Costa Rica?

Fly-fishing in Costa Rica may not be what many imagine when they think of places for great fly-fishing but Costa Rica has incredible places to go. Many freshwater species can be targeted with fly gear. Guapote and machaca are both excellent light tackle fun that will give any fly fisherman a run for their money. As listed above tarpon and big snook are prized catches the world over, both require skill and no small amount of luck to best. Fishing the mouths of rivers and shallow reefs saltwater flyfishermen can target jacks and roosterfish for adrenaline-pumping fights that will be talked about for years to come.

With the diverse waters off Costa Rica’s coasts, there is always good fishing. However, there are certain months out of the year when the fish show up in greater abundance.

For freshwater fishing in Costa Rica, there isn’t a body of water more well known or accessible than Lake Arenal in the province of Alajuela. Lake Arenal at approximately 33 square miles holds rainbow bass, machaca, cichlids, and ever garfish. There are many guide services that fish the lake and charters can be booked for anywhere between 3 and 9 hours depending on your level of commitment.

You can stay in one of the most sustainable eco-lodges near Lake Arenal, Costa Rica, like the ones below:

Tortuguero is located on the Caribbean side of Costa Rica in the province of Limon. While the pacific coast is known for its sportfishing the Caribbean coast and especially Tortuguero provides some of the best tarpon fishing in the world. Not only will you enjoy fishing for “silver kings” as tarpon is often called, but Tortuguero is also a national park that hosts a major nesting colony of green sea turtles.

The closest eco-lodges to Tortuguero are the ones below or you can browse our directory to find the most sustainable eco-lodges in Limon, Costa Rica:

No list of fishing locations in Costa Rica would be complete without Los Suenos. Los Suenos, located in the Central Pacific in the province of Puntarenas is a region that boasts incredible marlin and blue water fishing all year with the peak season bringing billfishing tournaments to the region. Playa Herradura and Herradura bay offer fishing opportunities for jacks, roosterfish, and snapper for those who want a shorter trip than offshore.

The closest eco-lodges to Los Suenos are the ones below or you can browse through our directory to find the most sustainable eco-lodges in Puntarenas, Costa Rica:

Crocodile Bay like many others on the list of Costa Rican big game fishing offers chances at legendary fights with world-class fish. One thing that makes Crocodile Bay in the province of Puntarenas unique is its focus on kayak fishing. Those who want to ditch the motor and enjoy the serenity of paddling will quickly find the thrill of fishing so close to the water.

Crocodile Bay Resort would be the closest, but it is not an eco-lodge by definition. The closest eco-lodges to Crocodile Bay are the ones below or you can browse through our directory to find the most sustainable eco-lodges in Puntarenas, Costa Rica:

Eco-tourists and travelers who love nature are often faced with the question of whether or not the activities that they do are sustainable for the environment. Fishing is no different. If you want to be a responsible angler, keep the below in mind:

Sportfishing is as much about communing with the water as it is about landing a fish. If you want to be a responsible angler, try and safely release your fish, and in the case of keeping one for the dinner table, you should only keep what you plan on eating. It is important to discuss your desires with the captain and crew before booking so that everyone is on the same page as to what types of fish you want to catch and how to catch them.

For anglers who want to have a memory of the fish not only are photographs worth a thousand words but the International Game Fish Association (IGFA) sells catch certificates with your name, date, and approximate size of your catch so you can commemorate the catch with a placard.

An added comfort for the sustainably-minded is that the sportfishing industry is made up of small business owners. Choosing a local captain means your money stays in the area employing crew, boat mechanics, and tackle shops.

What’s more, is the fishing equipment has an excise tax that goes directly to funding conservation. Couple the taxes on equipment with the license fees and membership to various game fish organizations and you can see these dollars add up to real impacts across the globe.

While sportfishing may have a poor image from bad apples it is apparent that sportsmen as a whole can be a tremendous force of good for the environment. 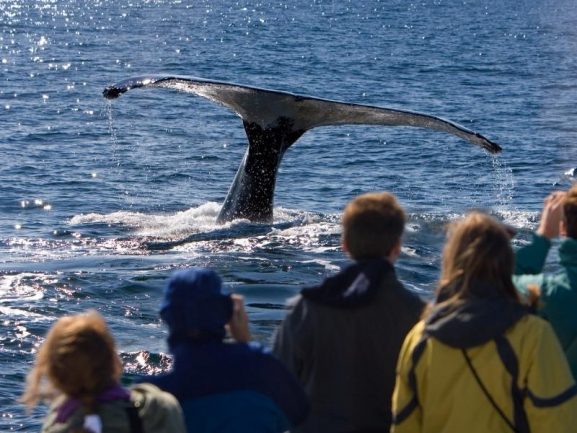 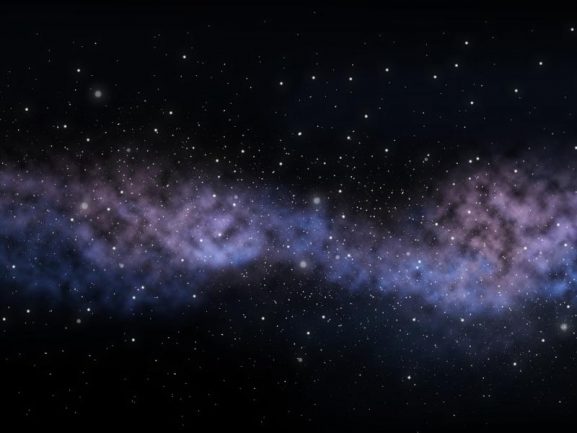 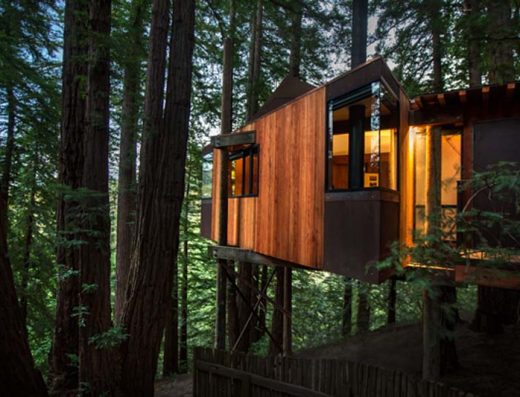 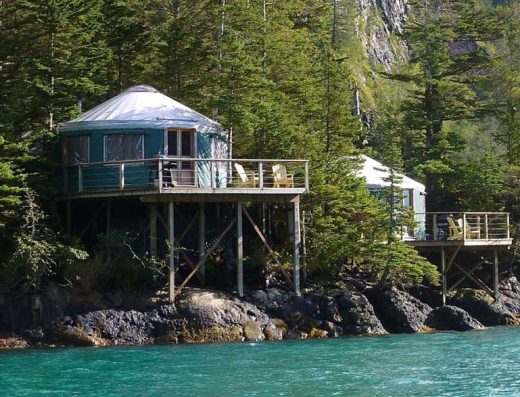 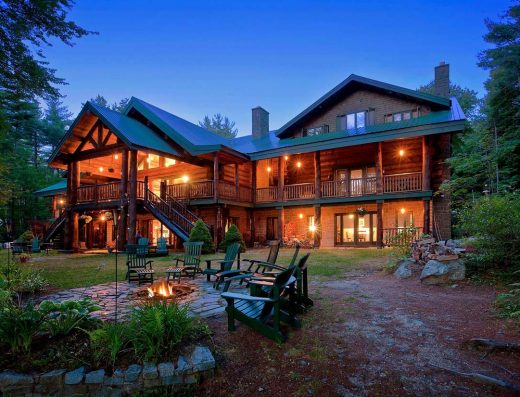 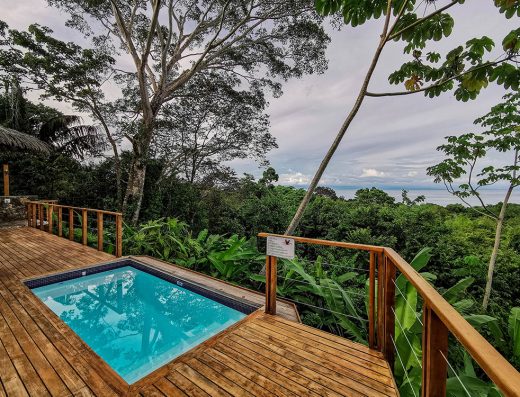